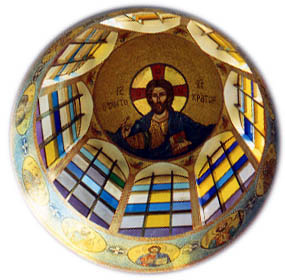 St. Demetrios is home to over 680 families, many of whom are 3rd and 4th generation descendents of the original founding families of our community. We are proud however, that our Orthodox Faith has attracted many who have chosen to convert to Orthodoxy and that have now become a part of the fabric of our present day community, and we celebrate the passion for Christ and enthusiasm that they and all of our parishioners bring to St. Demetrios.

Our parish is served by the Rev. Fr. Photios Dumont, who is our lead priest and pastor (Proistamenos) and the Rev. Dn. Perry Angelos. Office hours for Fr. Photios  are Monday thru Wednesday and Friday from 9 am - 5 pm, however during these hours, he can be out making hospital visitations or ministering to our community. Deacon Perry does not keep regular office hours. It is best to make an appointment with Fr. Photios by calling our church office at 206-631-2501.

We strive to welcome all visitors and those that are curious and interested in our Orthodox Faith.

In 1915, the Greeks began thinking of a church of their own, largely because of their increasing numbers. In 1916, the Greek Orthodox Community of Seattle was incorporated and property was purchased at Yale Avenue North and Thomas Street, the home of the first St. Demetrios Church. The church was dedicated on November 20, 1921. The Seattle Post Intelligencer ran a picture of the opening with the following caption, "St. Demetrios Church which has just been completed at a cost of $50,000. This is the only church of this denomination in the State of Washington".

Saturday of the 15th Week

Martinian of Palestine; Aquilla & Priscilla the Apostles; Eulogios, Patriarch of Alexandria; Symeon the Myrrhbearer of Serbia